Coat of arms of Nižnevartovsk 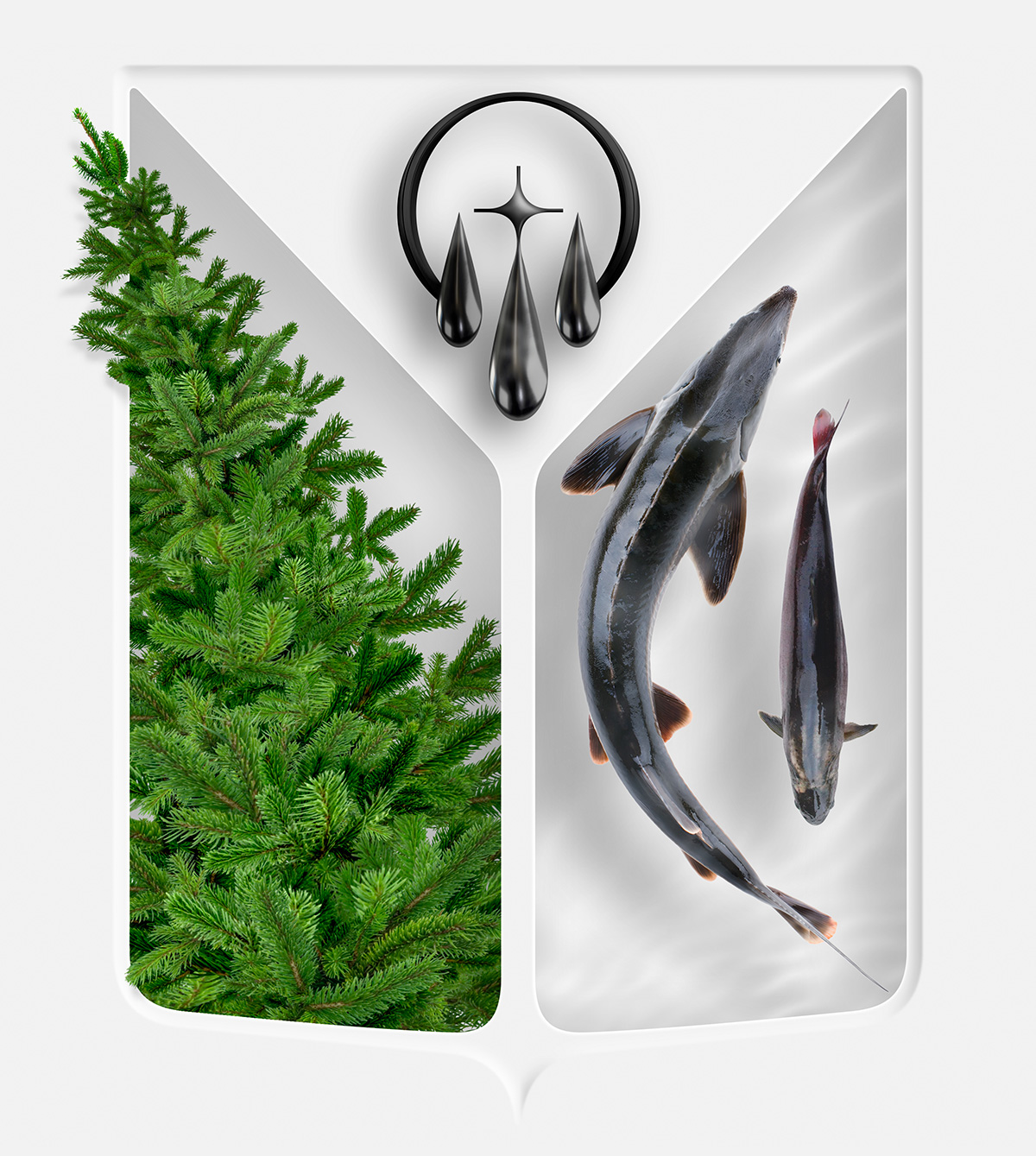 Nižnevartovsk is known as the oil capital of Russia. The city stands in the taiga forests near lake Samotlor, a colossal oil field amidst impenetrable swamps. Until the 1960s it was a small village, but now it has almost three hundred thousand inhabitants. The emblem of Nižnevartovsk shows three drops of oil, two fish and a green spruce, the wealth of Samotlor, the Ob and the taiga forests. I made my own version of this coat of arms.

The coat of arms of Nižnevartovsk stands at 471st place in the heraldic register. Here is the description dated June 21, 1999:

A narrow golden pillar rises from the base of the coat of arms to the top and transitions to a triangular field, a symbol of the wealth of our region, which reflects the main human activity in this region — three drops of oil in a black ring open from below.

On the right-hand-side is a silver trapezoidal field — purity, innocence, joy. On it is the emblem of the spruce, an evergreen tree symbolising eternity.

To the left — on the blue trapezoidal field — is the symbol of fish, the glory carried by the Ob River, revealing the wealth of the city. 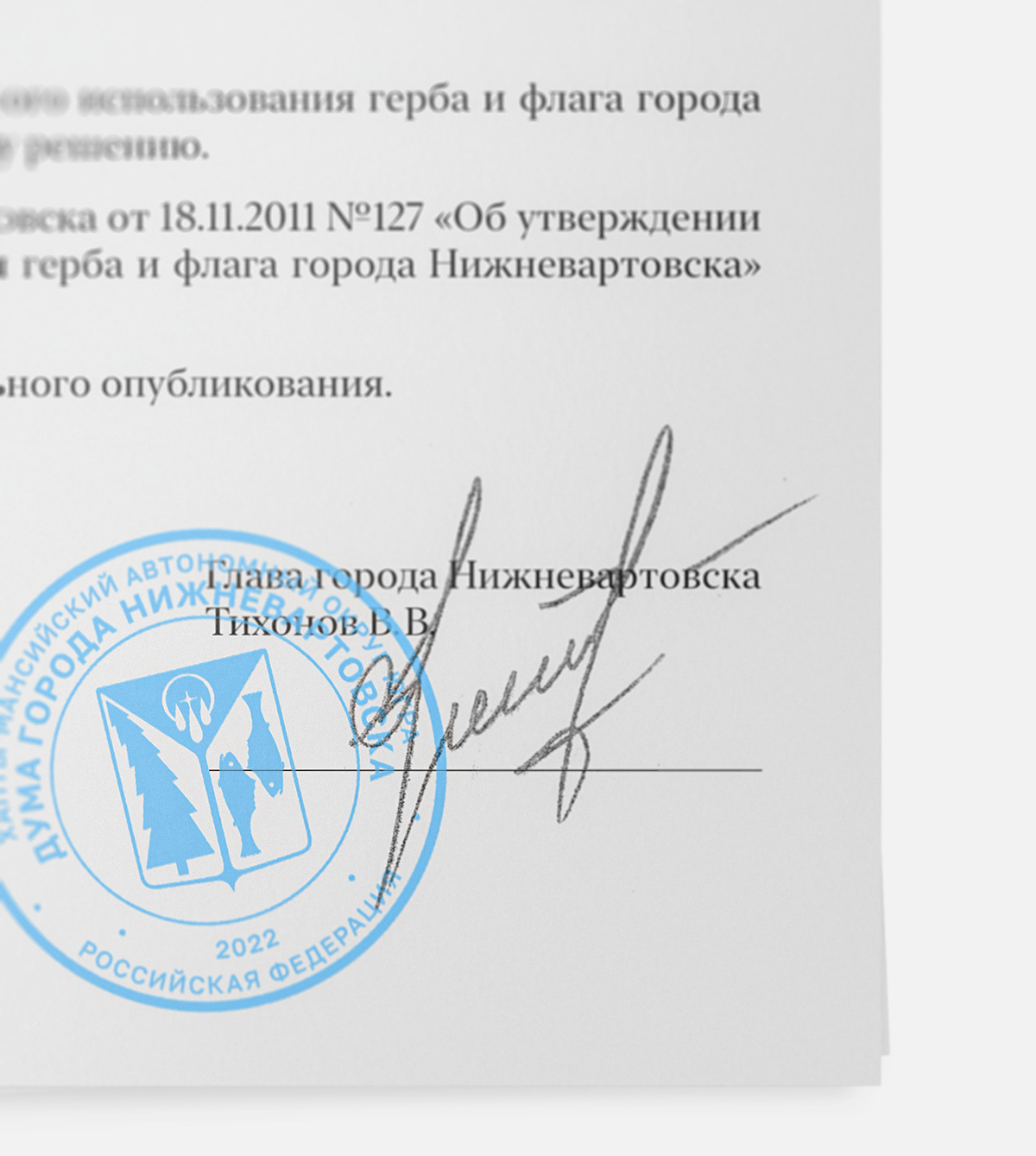 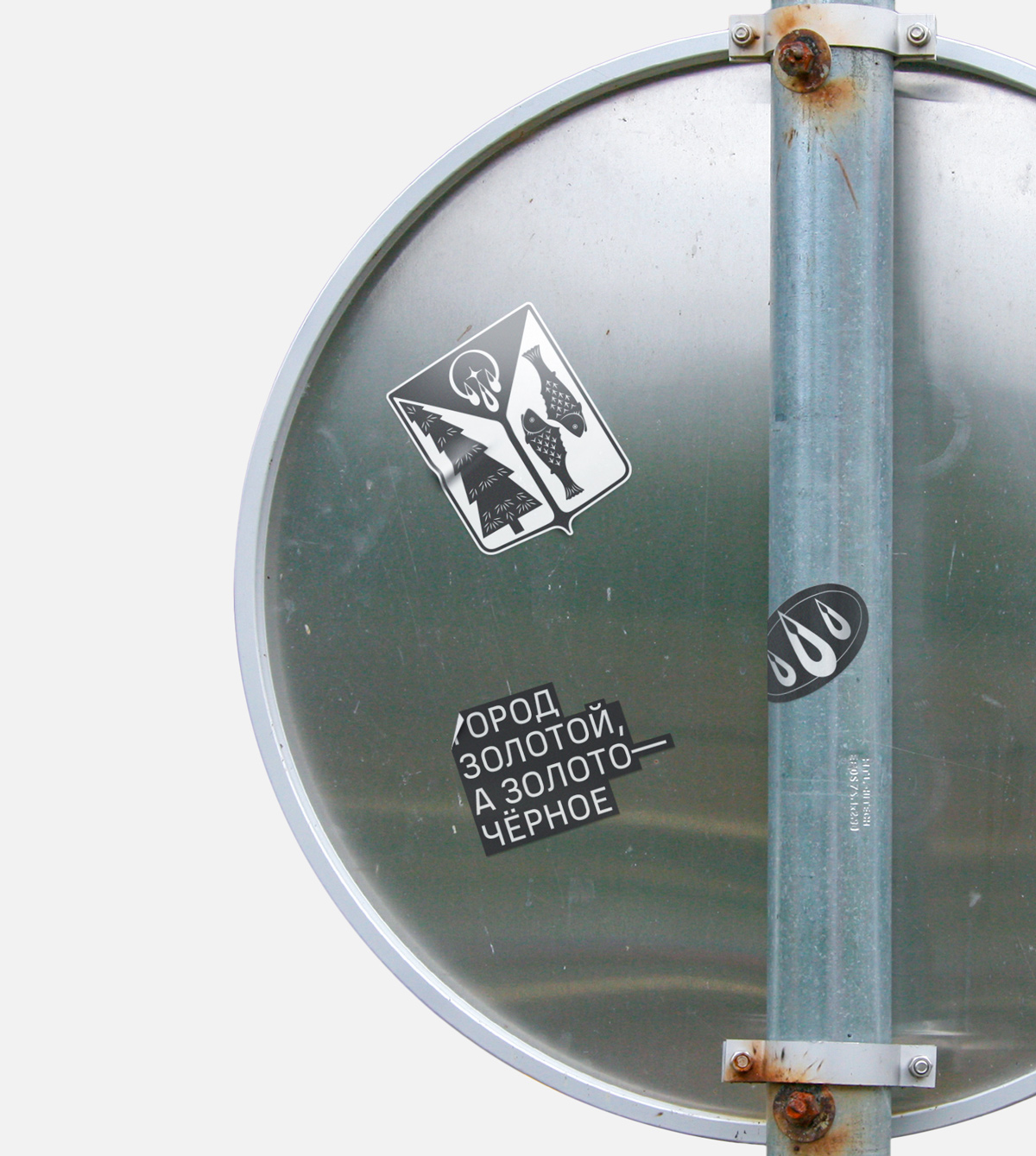 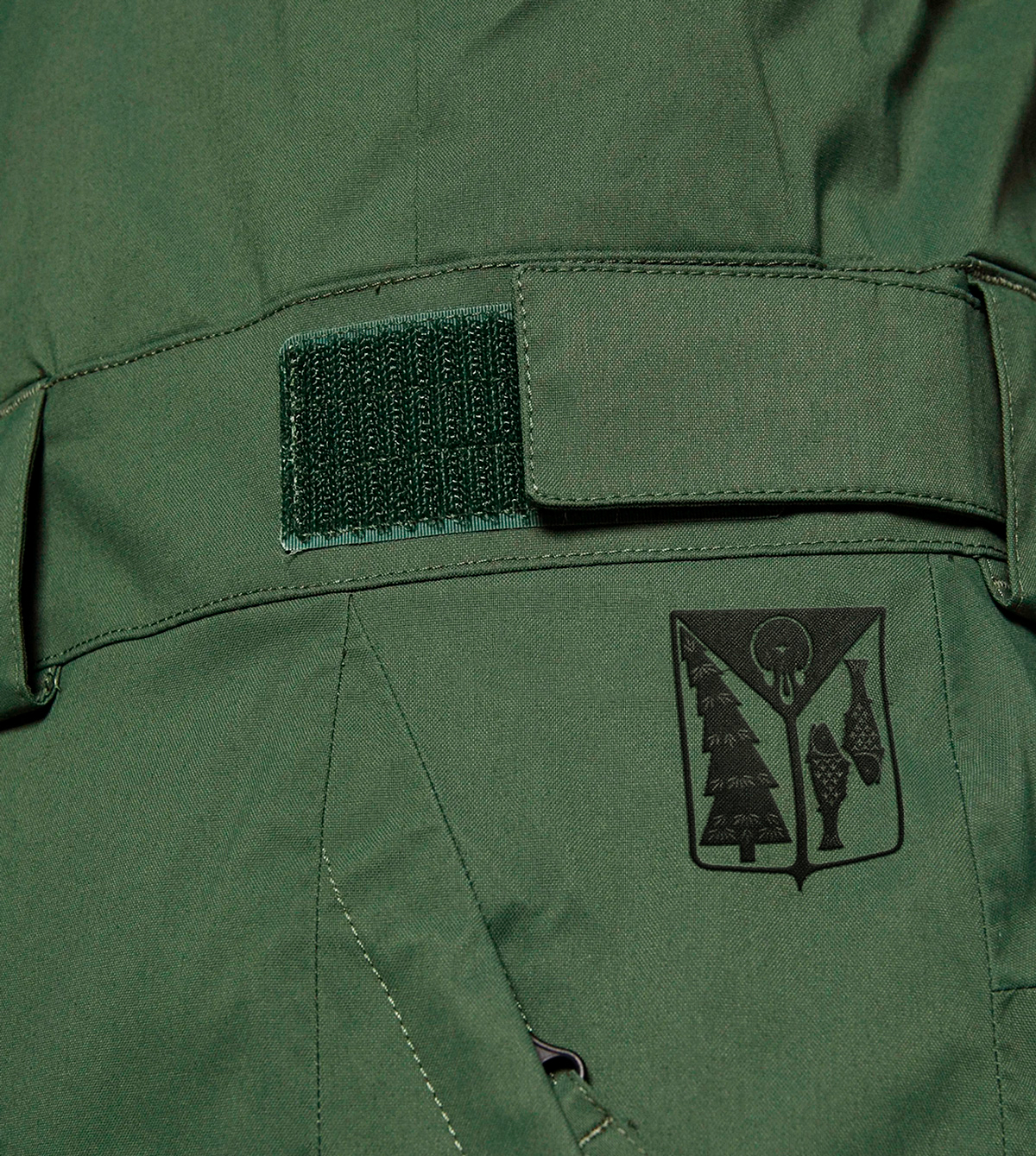 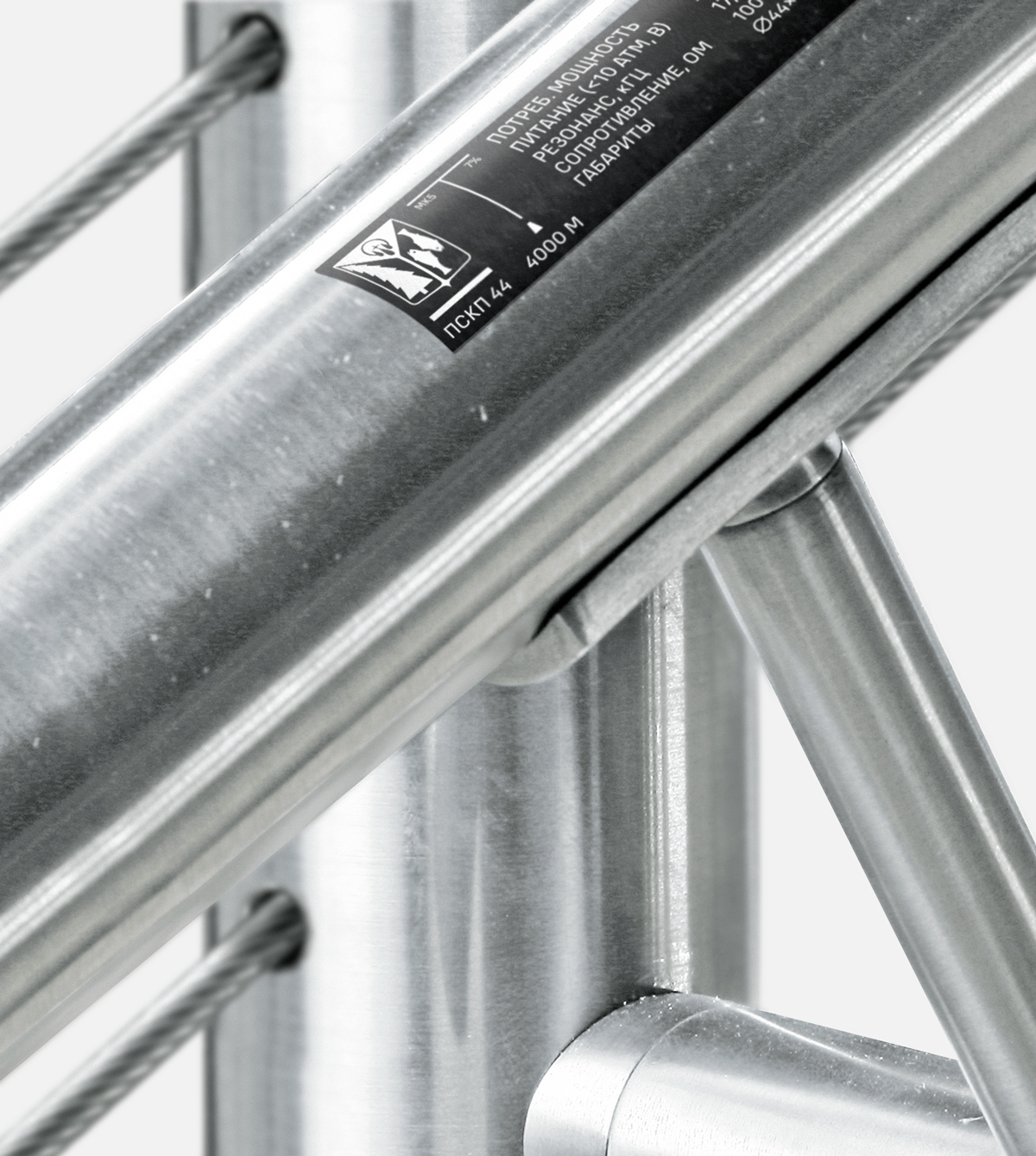 I have made the new coat of arms in four sizes with different amounts of detail. Choose versions depending on the size of the medium, so that the coat of arms looks good on both the pen and the facade of the building.

The most important part

Download the new coat of arms for free in all formats.

This year Nižnevartovsk celebrates its 50th anniversary. The anniversary is a great opportunity to try the coat of arms at celebrations and in congratulations: on postcards, posters and balloons. Share your photos, mark it on social media — it will be my pleasure.

What to do if you are a journalist

If you are a journalist and want to ask me for a comment about the project, write in person, ask questions, do not be shy.

This is not my first project for a city (or even for Nižnevartovsk). Look at the map I designed for the Turin metro and the branding I did for the Okolitsa bakery in Nižnevartovsk.